One of my favourite castles in Moray reopens this month. Spynie Palace has a rich history, beautiful scenery, and is well worth a visit if you are in the Moray area!

Spynie Palace is actually the largest surviving medieval bishop’s house in Scotland. It was the residence of the bishops of Moray for five centuries, with royalty travelling the area sometimes using it as a guest-house. James I, James II and James IV were among those who stayed at Spynie during their travels.

Originally Sat On The Edge Of A Loch

The palace originally sat at the edge of Spynie Loch, surrounded by a thriving settlement. Today only ruins remain where the palace once stood – the loch – tiny in comparison to its former self.

Due to its rich history, there are many stunning historic features of the Palace to appreciate on your visit. Some details are smaller than others – for example you can see the gun holes that the final Catholic Bishop of Spynie Palace, Patrick Hepburn, had put in place just before the Protestant Reformation of 1560.

My Favourite Part Is David’s Tower

My favourite part however, is David’s Tower. The tower is the largest tower house by volume to survive in Scotland. The top of the tower offers fantastic views of the spectacular countryside that the palace is located in, as well as the rest of the palace. Picture credits to Wikipedia.

You can also find all three of the Bishop’s coat of arms who were parties to the creation of the tower house carved intricately into the ruins.

The palace is also a 10 minute drive to one of my other favourite tourist spots, Elgin Cathedral, which has a rich history, and I would recommend going there when you are in the area.

Tickets Are At Affordable Prices

Tickets come at affordable prices, including: £6 per adult, £4.80 for people 60 and above, £3.60 for children, free for children under five and £1.00 for YoungScot Card Holders.

Despite the fact that Spynie Palace has shrunk from an incredible castle to ruins, it still has a remarkable grandeur about it. I would definitely recommend a visit when you are staying with us at Carden Cottages – it’s less than a 20 minute drive!

Elgin Cathedral - A Historic Day Out 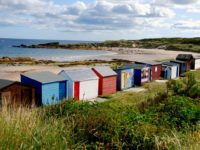 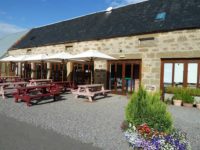 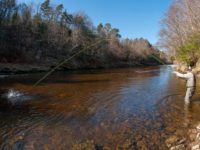 Fishing Around Carden – In Search Of The Best 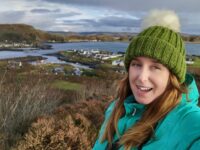