One of the most fantastic traditions in the Moray area is the Burning of the Clavie in Burghead. The ancient Scottish custom takes place every year in this small fishing village, and brings in people from all over the world.

Every year, on the evening of the 11th of January (unless that date falls on a Sunday, in which case it would be the 10th of January) people gather in the North East to witness the spectacular event. The 11th of January was New Year’s Eve, or Hogmanay as we say in Scotland, by the Julian calendar.

In the 1750s, the Julian calendar was reformed in Britain and the Gregorian calendar was introduced. During this time of change, people rioted over their loss of 11 days – but the Brochers, as Burghead people are known, decided that they would take this opportunity to celebrate New Year twice!

The Clavie is made up of wooden casks that have been split in two, then lit like a bonfire. One of the casks is joined together by a huge nail and filled with tar and is then set alight.

After it is set on fire, the Clavie is then paraded round the village in all its fiery glory by members of the Clavie Crew. Only people who are natives of Burghead qualify to be part of this crew.

As they make their way through the town, members of the Clavie Crew hand out pieces of the Clavie to householders to ensure they have good luck for the following year.

The Clavie, along with its eager followers, makes its way up to the top of Doorie Hill, where it is wedged into the remains of an ancient fort, and a bonfire is formed from split casks. Finally, when the blazing tar-barrel falls in pieces, everyone scrambles excitedly in hopes of getting a lighted piece with which to kindle their New Year’s fire.

The charcoal of the Clavie is also collected and put to good use – it is put up cottage chimneys to keep spirits and witches from forcing their way down and into people’s homes.

The burning of the Clavie dates back further than the 1750s, but it is uncertain exactly when the tradition started.

Start Your New Year With A Bang

If you want to start your New Year with a bang and bring yourself good fortune, book now to stay at Carden Cottages next year. Our beautiful cottages are only a 11 minute drive from the stunning village of Burghead. 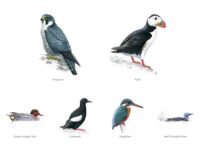 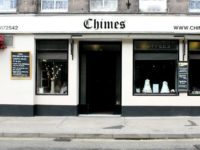 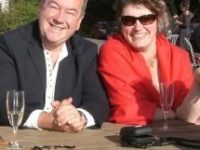 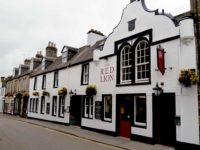 The Red Lion In Forres – Friendly With Great Food